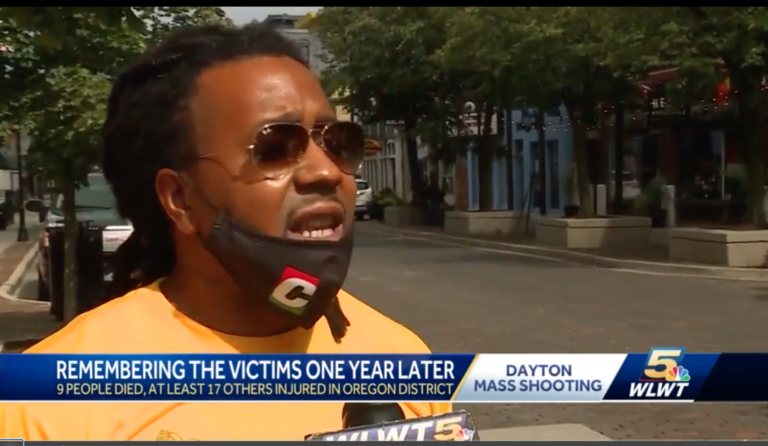 A year later, the pain is still fresh from the mass shooting in Dayton, Ohio’s, Oregon District. Nine people were killed and more hurt on Aug. 4, 2019. People honored the lives lost in person and virtually because of the pandemic. They said they’re still healing and finding strength in each other.

Many businesses in the Oregon District were closed Tuesday in honor of the shooting victims.Instead, there were messages of hope and remembrance.

“This is a painful day, but it’s a healing day and this is what it’s about. We’re here to heal today,” Dion Green said.